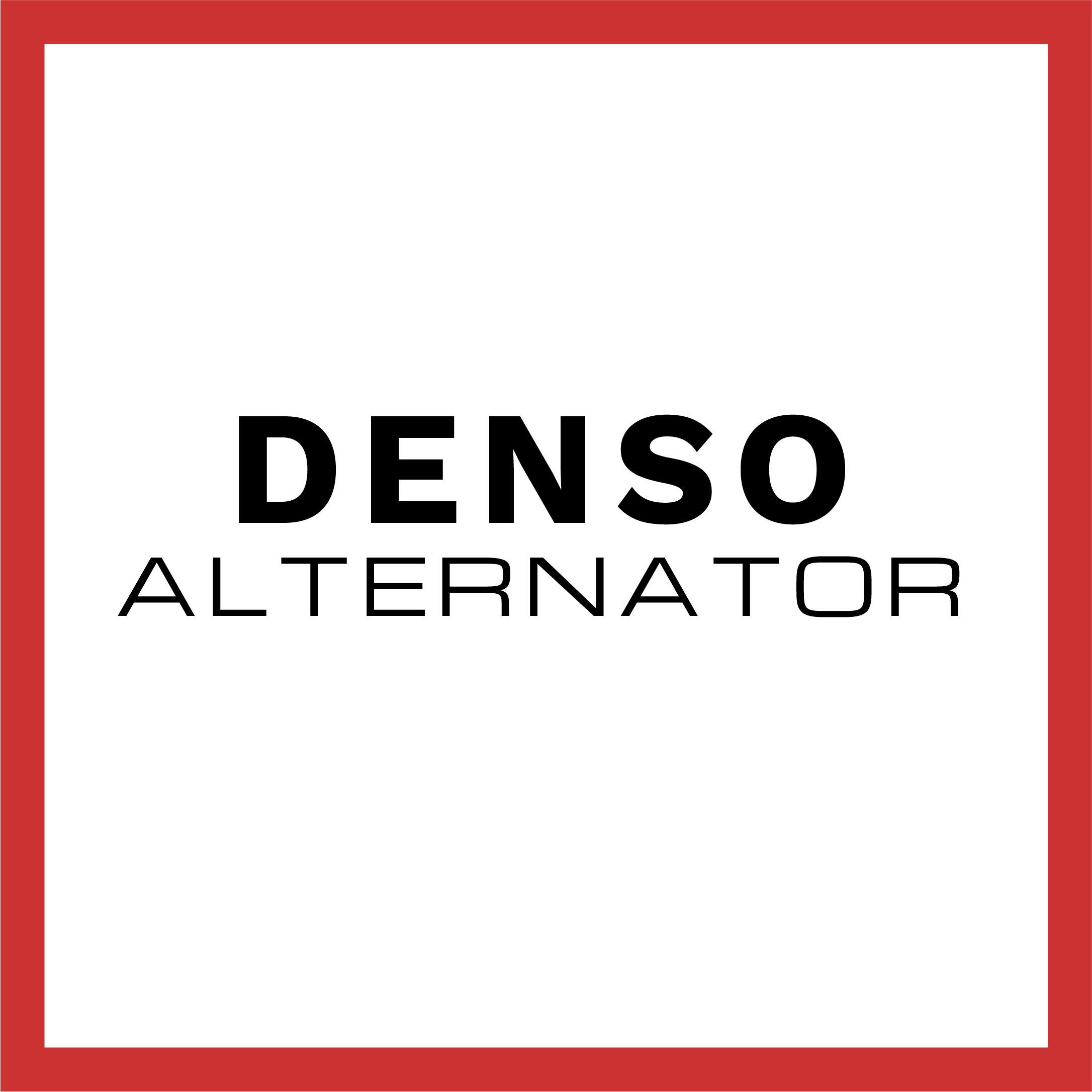 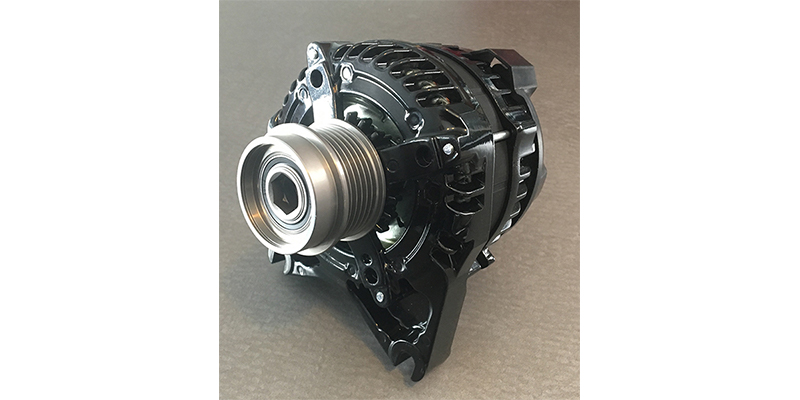 -They are all tested (basically an alternator dyno) before shipping.

-They come with your choice of a 6 or 8 rib clutch pulley.

-They work for every 4.6L 3v application including all blowers ….except the Kenne Bell and the Edelbrock E- Force.

-The top “ears” have been removed already so Roush, Whipple and Department Of Boost blowers don’t have to, then powdercoated, so they’re pretty. Not having the ears on there for other applications is not an issue. There are plenty of blower cars that don’t use the top ears (Whipple, DOB, Roush, etc) and they don’t have any issues while running a blower on the same belt. Which sees MUCH higher loads than a NA, turbo or Centri setup.

-They have a one-year limited warranty. Out of 450+ we have only had one with a defect. And it was questionable if it was a defect at all. If you have questions on the warranty click here.

-They are a direct bolt on/plug in aside from having to enlarge the power cable eye-let with a drill bit. It’s easy.

-There is no core charge.

If you have been around 3v’s very long you probably already know that the stock Motorocraft 6G alternators that come on 2005-Mid Year 2009’s (and other Ford platforms) are garbage. They don’t tolerate RPM’s very well and they can’t be fixed, modified, or improved to last. It’s an inherent design flaw. Even the hot rod “aftermarket” ones have the same fatal flaw, there is no way around it. That’s why Ford switched to the Denso across the board in mid 2009. Some people have gotten “unicorn” Motorcraft 6G’s and made them last, those are the “exceptions to the rule”. The rule is that the 6G fail at a very high rate.

The bottom line is if you haven’t had to replace your stock alternator yet, you will. And if you have replaced your alternator with another 6G (even a 200A aftermarket one), you will eventually need to replace that one too. Especially if you spin your motor hard.

A little food for thought on big amp alternators too. The more amps a alternator puts out the higher up in the RPM range that it needs to be to make those amps. In the real world what this means is that at idle or cruising around town a lot the big alternators are not putting the amps out that you need. You have to spin your motor faster, and therefore the alternator faster to get the power. Think of big alternators like a high RPM naturally aspirated race motor or a small motor with a big turbo. In the low RPM’s and midrange they’re turds. Only once you spin them up hard do they start to make power. Like most things in life and hot rodding, there are tradeoffs. And the trade off with big alternators is that you don’t get all that power when driving normally, which means you’re leaning on the stored energy in your battery. Under certain conditions this can be an issue.

More food for thought. Most people, me included had never put pen to paper and actually figured out how many amps you need to get “the job done”. The job being different from combo to combo. A naturally aspirated combo making 450hp doesn’t have the same amperage needs that a PD blower application with 750hp. We sat down and added up all of the amp requirements for a PD blown car making big power. This included the largest intercooler water pump available which draws 8x the amps that all of the other intercooler water pumps do, so worse case scenario. It also included three fuel pumps, dual heat exchanger fans and all of the cars stock amperage needs. We came up with 158amps. And that is assuming that you’re running everything electrical on the car at the same time. Which would be never. So why get a 200A alternator that doesn’t charge well at low RPM when you don’t need that extra amperage. The only situation where you need more than 165A is if you have a massive stereo. You will still have the low RPM charging issue though (unless you get one of the super high dollar “stereo” alternators). It could be argued that in a lot of situations you would be better off with a smaller alternator with a big stereo too.

You can get Denso alternators as replacements for your current 6G’s from just about anywhere now. Some things to keep in mind about those:

They may have a core charge.

They are reman alternators built with the cheapest components that can be used.

They do not come with a clutched pulley and your 6G one will not swap over.

They don’t have the option of a 8 rib pulley.

This item is not available at this time. Please make another selection.

This website uses cookies to improve your experience while you navigate through the website. Out of these, the cookies that are categorized as necessary are stored on your browser as they are essential for the working of basic functionalities of the website. We also use third-party cookies that help us analyze and understand how you use this website. These cookies will be stored in your browser only with your consent. You also have the option to opt-out of these cookies. But opting out of some of these cookies may affect your browsing experience.
Necessary Always Enabled
Necessary cookies are absolutely essential for the website to function properly. These cookies ensure basic functionalities and security features of the website, anonymously.
Functional
Functional cookies help to perform certain functionalities like sharing the content of the website on social media platforms, collect feedbacks, and other third-party features.
Performance
Performance cookies are used to understand and analyze the key performance indexes of the website which helps in delivering a better user experience for the visitors.
Analytics
Analytical cookies are used to understand how visitors interact with the website. These cookies help provide information on metrics the number of visitors, bounce rate, traffic source, etc.
Advertisement
Advertisement cookies are used to provide visitors with relevant ads and marketing campaigns. These cookies track visitors across websites and collect information to provide customized ads.
Others
Other uncategorized cookies are those that are being analyzed and have not been classified into a category as yet.
SAVE & ACCEPT
SAVE FOR LATER
2005-2010 Mustang GT2005-2010 GT Electrical & ChargingAlternator Upgrades“Bulletproof” Denso Alternators